The night after she gave birth via C-section, Megan Snaidero says she could not access pain relief because there was not enough overnight staff at Griffith base hospital to administer the medication.

The pain was so intense, Snaidero said she could not get to her newborn daughter’s bassinet to comfort the crying infant.

After pressing the buzzer three times, a nurse finally arrived and Snaidero said she was told the nurse was working in special care with newborns and was not meant to leave. The other two staff were with someone in labour.

“She left my room, now both me and baby in tears,” Snaidero said.

Snaidero gave birth on 4 March 2020, before Covid had reached the local health district, and before restrictions were introduced in the area later that month.

Staffing levels in the hospital’s maternity ward have not improved, according to Helen Dalton, the member for Murray, which covers Griffith. She told state parliament on Thursday the maternity ward was on the verge of closing last Tuesday.

“There were only two midwives able to work, due to chronic staff shortages … If something happened to just one of those midwives on shift, all seven mums would have been transferred to Wagga,” Dalton said.

Kristy Wilson, the branch secretary of the NSW Nurses and Midwives’ Association, said the hospital, which sets 50,000 people, was currently short 25 complete-time nurses and midwives, with maternity, intensive care and operating theatres experiencing the worst shortages.

At the same time she said the pressures on Griffith hospital were becoming more intense as smaller hospitals in outlying areas struggle to cope. Narrandera, 70km away, had just lost its birthing unit, while Leeton was only able to manager simple births.

Wilson said on any given day nurses turn up to work knowing they will be working in short-staffed conditions and required to work overtime.

As a consequence, she said, “we can’t provide the care we want to provide”.

Wilson said NSW was losing nurses to Queensland, Victoria and the ACT, where nurse to patient ratios were mandated.

She said the pandemic was used as an excuse for staff shortages. “We want [the government] to stop blaming Covid,” she said. “This problem existed well and truly before Covid.”

The hospital had already reduced other sets for maternity patients, including cancelling the early release postnatal service, which meant women use longer on the ward, adding further pressure to the system.

Yvonne Turnell, a former 16-year member of Griffith Health Local Advisory Committee, said at the minimum two midwives had resigned in the past week. Dalton, who quit the Shooters, Fishers and Farmers party earlier this month and now sits as an independent, claimed there were five more considering resignation.

Turnell said many nurses were working overtime with no breaks. She believed the government did not offer more incentives because “they know the nurses will do their job and they work overtime, because who’s going to walk out on sick people?”.

Turnell said staff at Griffith used to be paid additional because it was considered an area of need, but now staff earn the same as those in cities.

The crisis at the Griffith hospital comes after the Royal Australian and New Zealand College of Obstetricians and Gynaecologists call for better sustain for maternity sets in rural and far away communities in the federal budget went unanswered.

Dalton believes “it’s such an injustice for us in the bush”.

“It’s incredible that a base hospital servicing a population of 80,000 – an area the size of Scotland – could be left with no maternity sets. But that’s how dire the rural health crisis has become,” Dalton said.

Dalton said many women excursion from two hours north already to get to Griffith hospital. The idea that some expectant mothers might have to travel four hours to Wagga Wagga hospital if Griffith maternity cannot function is “untenable”, she said. 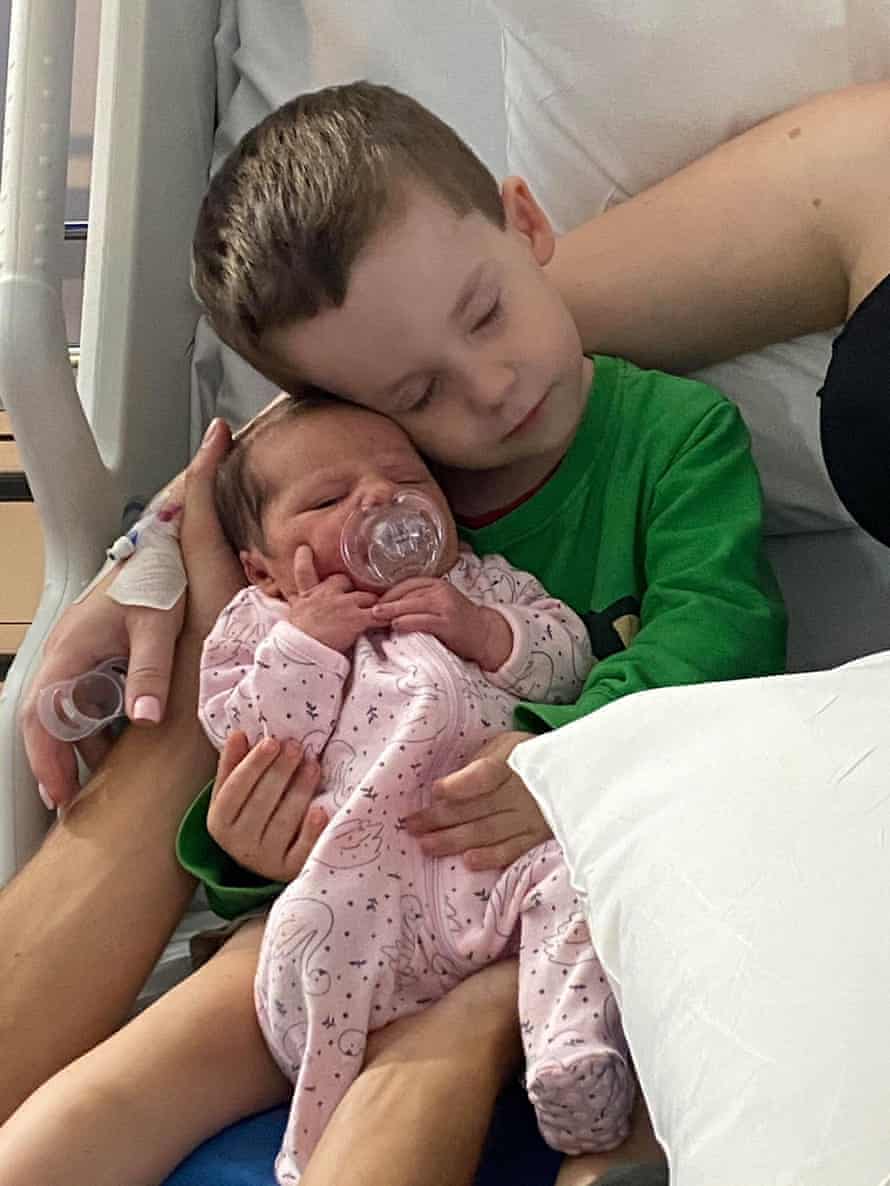 For Snaidero, when choosing where to give birth to her daughter, going to Wagga Wagga hospital was not an option if she wanted to stay close to her son, who has autism and needs limited disruptions to his routine.

“I’m sure if the health minister was a female, then I don’t think they would allow this situation to occur,” Dalton said.

“I don’t think he would understand what it’s like to have a baby by the side of the road. I know plenty who have.”

Dalton accused the state government of deliberately stripping out sets in hospitals like Griffith.

“They think everything has to be centralised, I’m saying we have to localise,” Dalton said.

Brad Hazzard, the state minister for health, was contacted for comment and passed on the inquiry to Bronnie Taylor, the minister for regional health. The Murrumbidgee local health district did not respond to questions at the time of publication.